If you’re familiar with Arthur Bear, you’ll know he’s a bit of a jetsetter, often seen in tropical countries and tourist hotspots, and even hanging out with celebrities. Although 2017 seems like it was ages ago already, but as it’s still winter and the nights are still dark and cold, we thought it was the ideal time to look back on all that Arthur Bear did last year, see how far he managed to travel and who he managed to meet!

He started the year in style, heading off to Tenerife for some January sunshine. Who wouldn’t want to escape the January blues?!

February soon came around and at the Spring Fair, Arthur Bear was lucky enough to meet Laurence Llewellyn-Bowen, Miss England 2016 Elizabeth Grant, the Minions from Despicable Me and Elizabeth Hurley! You’ll be pleased to hear that Arthur Price will be at the 2018 Spring Fair too.

When spring arrived, Arthur Bear ventured to the African archipelago of Cape Verde, hanging out in the bushes and sunning himself up, then literally a week later, he was spotted in Dubai, standing underneath the TBN Battuta Gate! What a way to spend the month of March…

In April, it was rumoured that Arthur Bear ventured to the moon, but we’re not so sure…it was 1st April, after all! Later in April, Cancun was the real destination of choice, with Arthur Bear spotted in a sombrero on the beach – there are worse ways to spend your time but spring was definitely a busy period for the little fellow.

Following a quiet couple of months, July saw Arthur Bear meet chef Simon Smith! He had a brilliant time whipping up some tasty concoctions and in the very same month, he was also lucky enough to meet cricket legends Devon Malcolm and Gladstone Small at Lord’s Cricket Ground!

In August, Arthur Bear headed off to Muscat, Oman, then he quickly went for a little trip closer to home, popping over to Edgbaston to support the England cricket team. He wasn’t home for long though, as at the end of the month on the bank holiday weekend, Arthur Bear was spotted at the Qatar Museum in Doha – this little bear really does get around, doesn’t he!

Arthur started September with a visit to Amman, Jordan, then he came home to attend the wedding of Tori Price, Simon Price’s daughter – and what a wonderful day it was.

In September, Arthur Bear fancied finding out about Croatian culture and headed off to Dubrovnik for a weekend! Later in the month, he popped to Zanzibar, also known as the Spice Island, to get some inspiration for his next cooking class with Simon Smith.

At the end of September, Arthur Bear somehow managed to squeeze in another trip, this time to one of Africa’s largest game reserves—Selous in Tanzania—and he even got snapped with a giraffe on safari!

You’ll be pleased to hear that Arthur Bear finished the year off in the best way possible, by spending Christmas with the Price family. Now, what does 2018 hold?

To stay in the loop with Arthur Bear this year, follow Arthur Price on Instagram and keep an eye out for #arthurbeartravels – where will he be off to next and who will he bump into? You’ll have to wait and see… 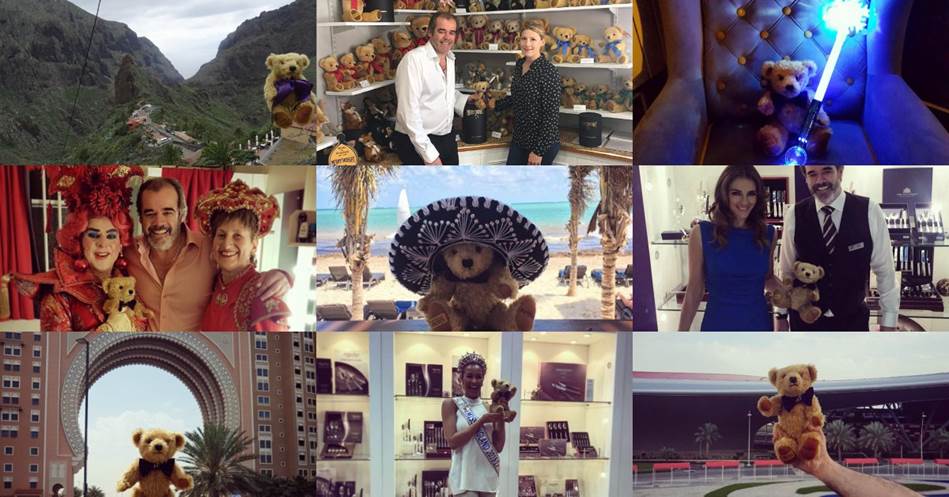 Change to UK law means that all knives including cutlery knives are now 18+ age restricted items. To ensure compliance with this new law Arthur Price will be carrying out age verification of all bladed items included cutlery sets.

What we are doing

We will ask you to verify your date of birth ID at checkout before completing your order.

DPD will not deliver 18+ Age Restricted Items to the following options: DPD ‘Drop-off shop’ Leave with neighbour Leave in a safe place Deliver to locker DPD will send an SMS delivery notification to your UK mobile phone number with the details of your delivery date/time. The driver will only attempt delivery of an 18+ Age Restricted Item once. You will need to be available to provide the relevant information. If you are not available, it will be returned to Arthur Price.

Please contact our Customer Services Team: enquiries@arthurprice.com if you have any additional question.